During the summer of 2001, Rachelle and I took a vacation to visit National Parks and Monuments in Utah and Arizona. The first park we visited was Bryce Canyon National Park.

The second stop on our vacation was Zion National Park. After visiting the Zion Canyon Visitor Center, we boarded a tram to take the Zion Canyon Scenic Drive. Our first stop was the Court of the Patriarchs Viewpoint, which provides an excellent site to see the three mountains named for the Old Testament patriarchs, Abraham, Issac and Jacob. 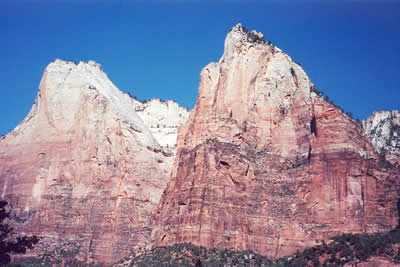 The mountain on the left is Abraham and the one to the right is Issac. 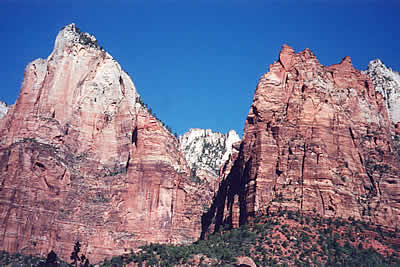 Issac is the peak on the left in this picture, and Jacob is to the right. 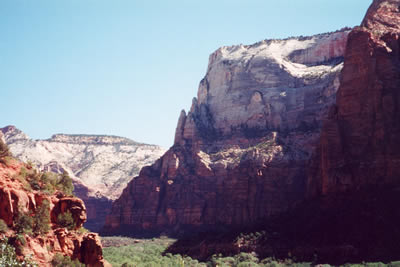 This photo was taken from the trail on our way out to the Middle Emerald Pool looking toward the north at the narrow end of the canyon. 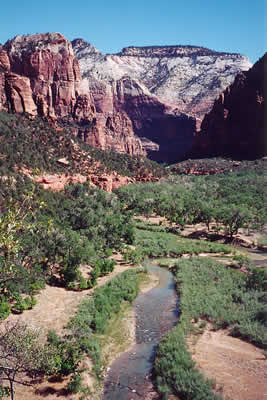 This is another view of the canyon taken on our hike. The North Fork of the Virgin River is visible in the foreground. This is the river which carved the canyon.

After visiting the Middle Emerald Pool, we continued our hike on the Lower Emerald Pool Trail. 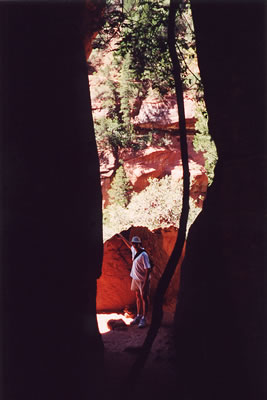 Rachelle took this picture of me through a narrow gap in the canyon walls. 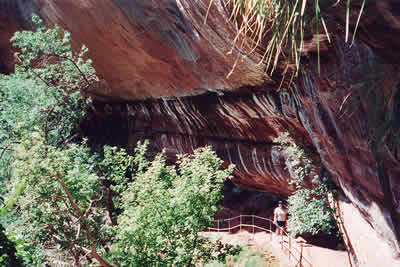 Here is a picture of Rachelle taken on the Lower Emerald Pool Trail. 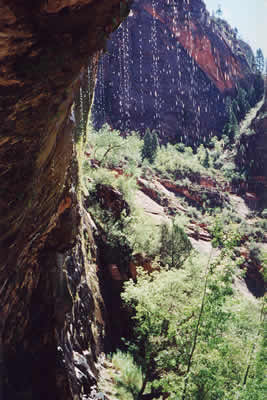 After we finished our hike, we continued up the canyon and stopped at Weeping Rock.

At Weeping Rock there is a short hike to a shallow cave. A cascade of water falls along the edge of the cave. This water is trapped between two layers of rock in the canyon walls. Gravity pulls the upper layer of rock down against the lower layer, squeezing the water out of cracks and fissures in the canyon wall. 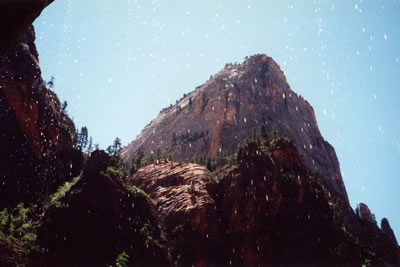 After Weeping Rock we went to the end of the Zion Canyon Scenic Drive, the Temple of Sinawava. 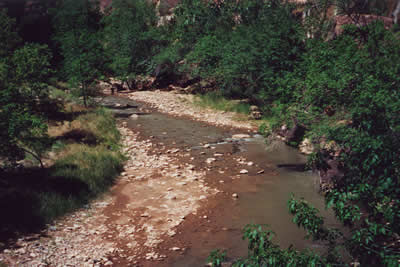 We hiked for a while on the Riverside Walk, a trail alongside the river which leads to The Narrows, the end of Zion Canyon. 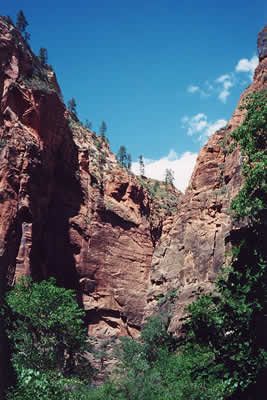 At the end of the Scenic Drive, the canyon narrows and the scenery changes dramatically.

Next, we returned to our car and drove along the Zion–Mount Carmel Highway. A portion of the highway passes through a 1.1-mile long tunnel that was built in the 1920s. Alongside this road are some of the tallest sandstone cliffs in the world. 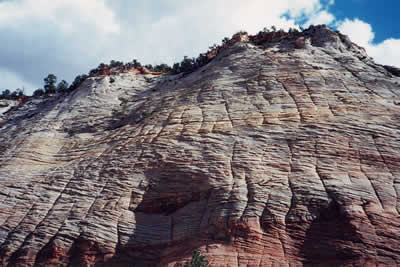 This is a picture of the famous Checkerboard Mesa. Wind and water cut perpendicular grooves into the surface of the sandstone. 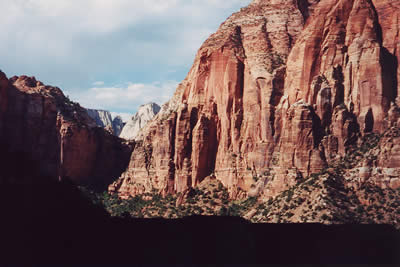 On our return trip through the tunnel, Rachelle took this photograph as we drove past a large cutout section of the tunnel.

We ended our day at Zion by stopping at the park entrance. 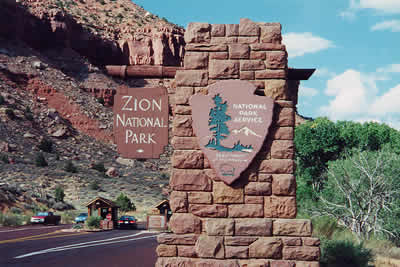 This is the sign located at the South Entrance to Zion National Park. 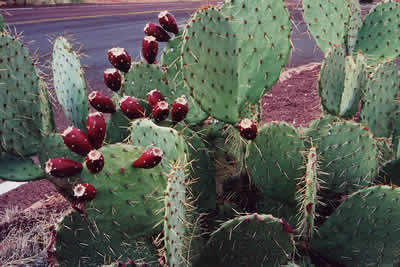 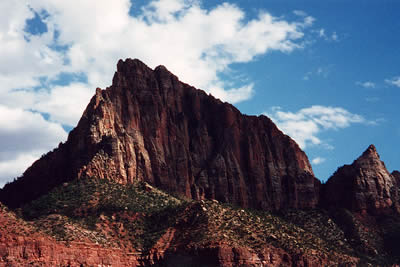 And this was our final look at the scenery of Zion National Park.