Rachelle, her parents and I decided to enjoy the recent wonderful springtime weather by driving out to Great Smoky Mountains National Park in search of elk. In 2001 and 2002, two separate herds of elk were relocated from Land Between the Lakes National Recreation Area to Cataloochee in the western/North Carolina portion of Great Smoky Mountains National Park. Cataloochee is a relatively isolated portion of the national park, similar to the much more frequently visited Cades Cove in the eastern/Tennessee portion of the park.

The name Cataloochee is a corruption of the Cherokee name for the area, “Gadalutsi,” which means “standing up in a row,” and could refer either to the mountains which surround the valley, or the abundant trees which cover them. Cataloochee was comprised of two separate communities, Big Cataloochee and Little Cataloochee. We spent our time in Big Cataloochee.

Just after we entered the park, we pulled over at an overlook to take in the view. 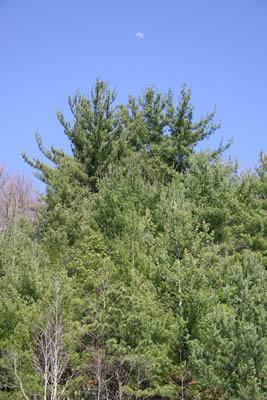 From the same overlook, here’s the moon rising just over the tops of the trees. 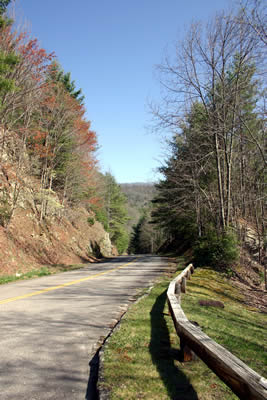 This photograph was taken from the end of the parking lot. I’ve always liked photos like this one, where the road disappears over rise or around a bend. Makes me want to go down the road to see what lies just beyond. Which is exactly what we did, following the road down into the valley. 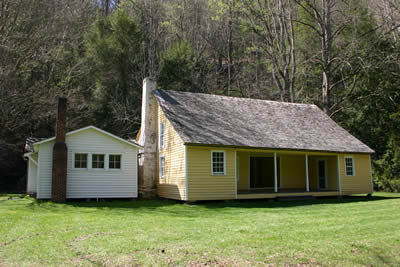 Like Cades Cove, the park service has maintained several of the buildings that formed this small community. We stopped at one of the homes, the Palmer House. The yellow building was the house proper, and the smaller white structure was built around 1924 to house a small dining area and kitchen operation that fed people who camped or stayed in the Palmer’s bunkhouse while fishing. 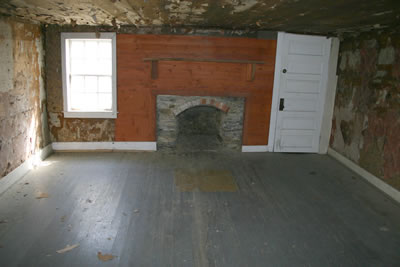 Visitors are free to walk both around and inside of the building. This photo is of one of the interior rooms of the main house. The main house is a two story structure. The kitchen building now houses a small museum of life in the Cataloochee community. 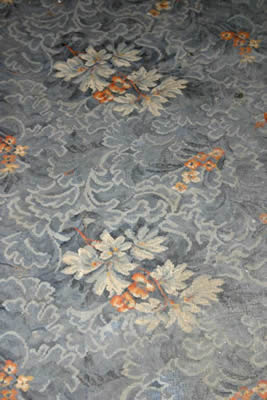 This is the floor covering in another room of the main house. It appeared to be something like wallpaper. 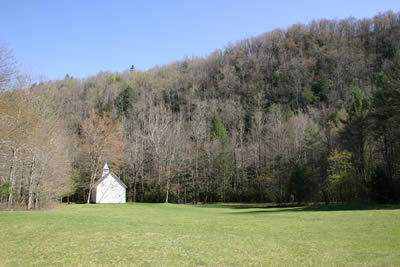 Big Cataloochee had only one church, Palmer Chapel, built in 1898. Services were held in this Methodist Church about once a month, when a circuit riding minister visited Cataloochee. Although, Sunday school was a weekly occurrence. Each year a reunion is held here, where friends and family of those who once lived in the valley gather to care for the cemeteries, and share a dinner at the church. 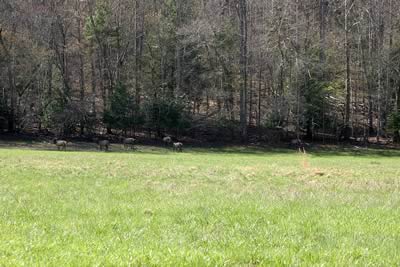 We continued on down the valley, passing by the Beech Grove School, and discovered several elk grazing along the tree line. 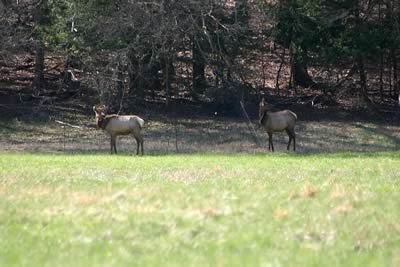 We pulled over on the side of the road to spend some time watching them. 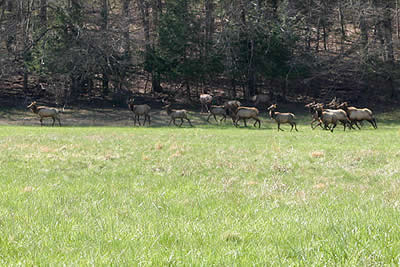 After a few minutes we watched as more elk rushed into the field, and we wondered what had startled them. Soon our question was answered when two dogs came into view, chasing the elk around, and herding them into the open field. 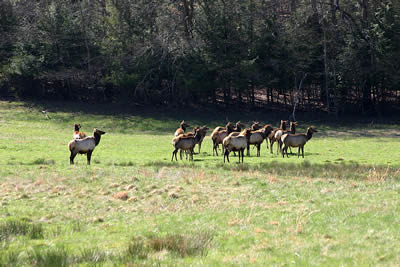 Soon after the dogs appeared a park ranger showed up, and proceeded into the field. 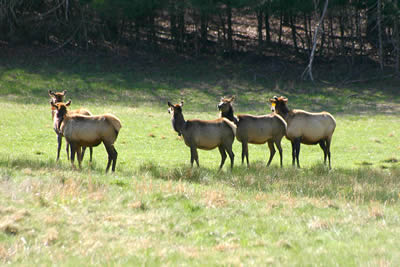 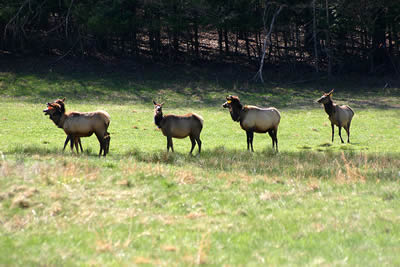 At some point, before the ranger could get near the dogs, they stopped harassing the elk.

Finally, we watched as the elk disappeared into the trees. 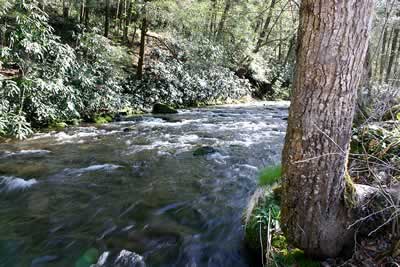 One last photo of a creek which flows through the valley.